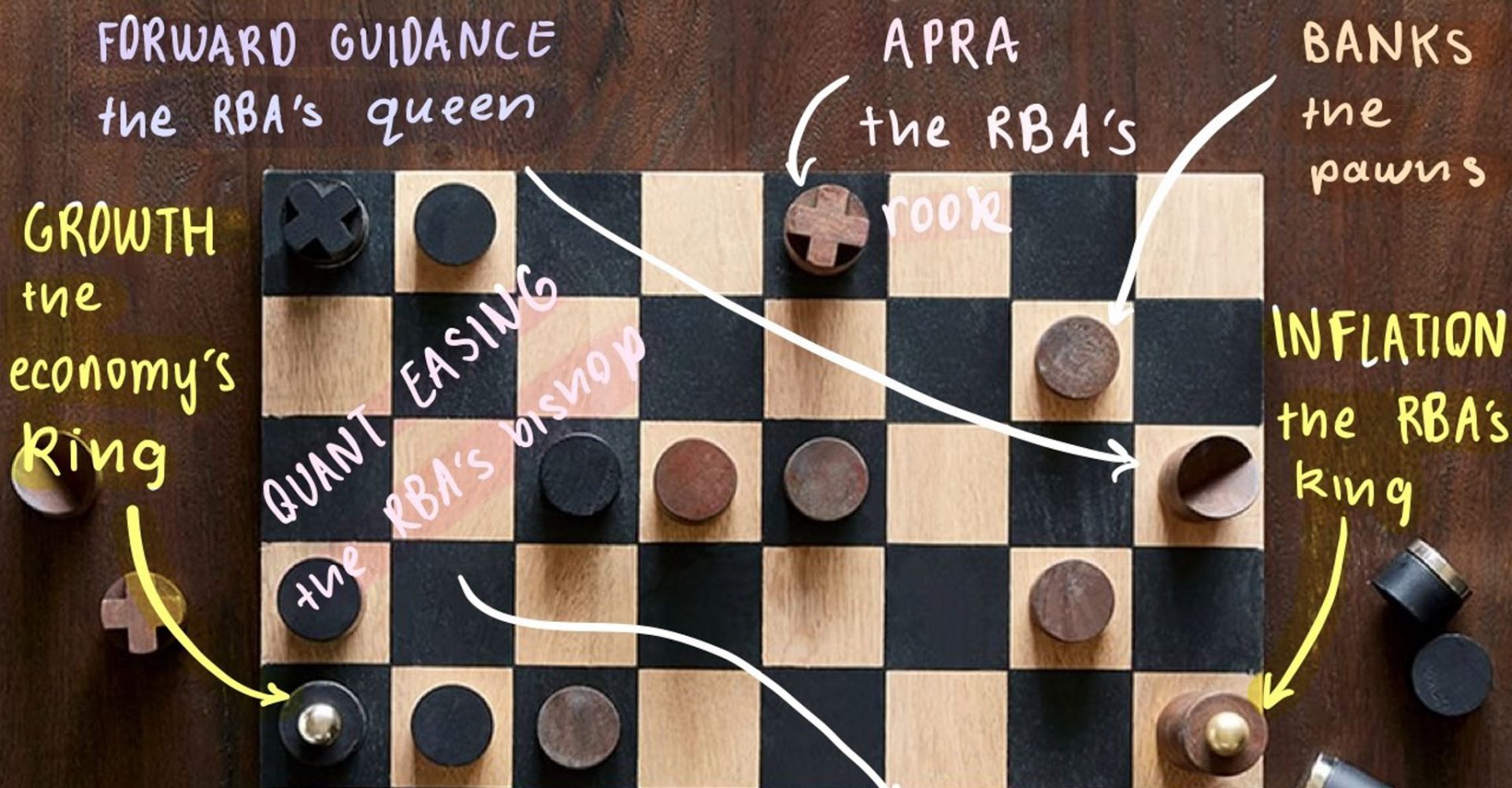 Recently, Phil Lowe made us all ‘feel low’. While that is a stretch of a pun, it’s not a stretch from the truth like the promise of a stable cash rate until 2024.

Broken promises are not just a side effect of forward guidance – they are part of the game. The RBA knew it could not keep the cash rate at its lowest point until 2024 and hid the truth to meet its inflation goals.

Why would the RBA seemingly act against the interest of the Australian economy?

The RBA’s Charter outlines its goals and the importance of achieving them. Full employment, GDP growth, or economic prosperity are out of scope. Rather, the RBA’s key intention is to maintain low and stable inflation and dampen fluctuations in the business cycle.

As such, the RBA would never sit idly while inflation rose. The stability of interest rates was not a promise the RBA could make, given the entanglement of international money markets with central banks. Responsive and variable rates are inevitable. The vision of static monetary policy was merely an illusion we wanted to believe, and the RBA knew that.

If you’ve been watching the RBA’s press releases, you may have come across the term ‘forward guidance‘. Forward guidance can be thought of as a game of chess, with the RBA on one side and the economy on the other. Both seek to protect their kings – inflation and growth – however, the end game is to find equilibrium through a dynamic interplay of proactive and reactive forces on both sides. 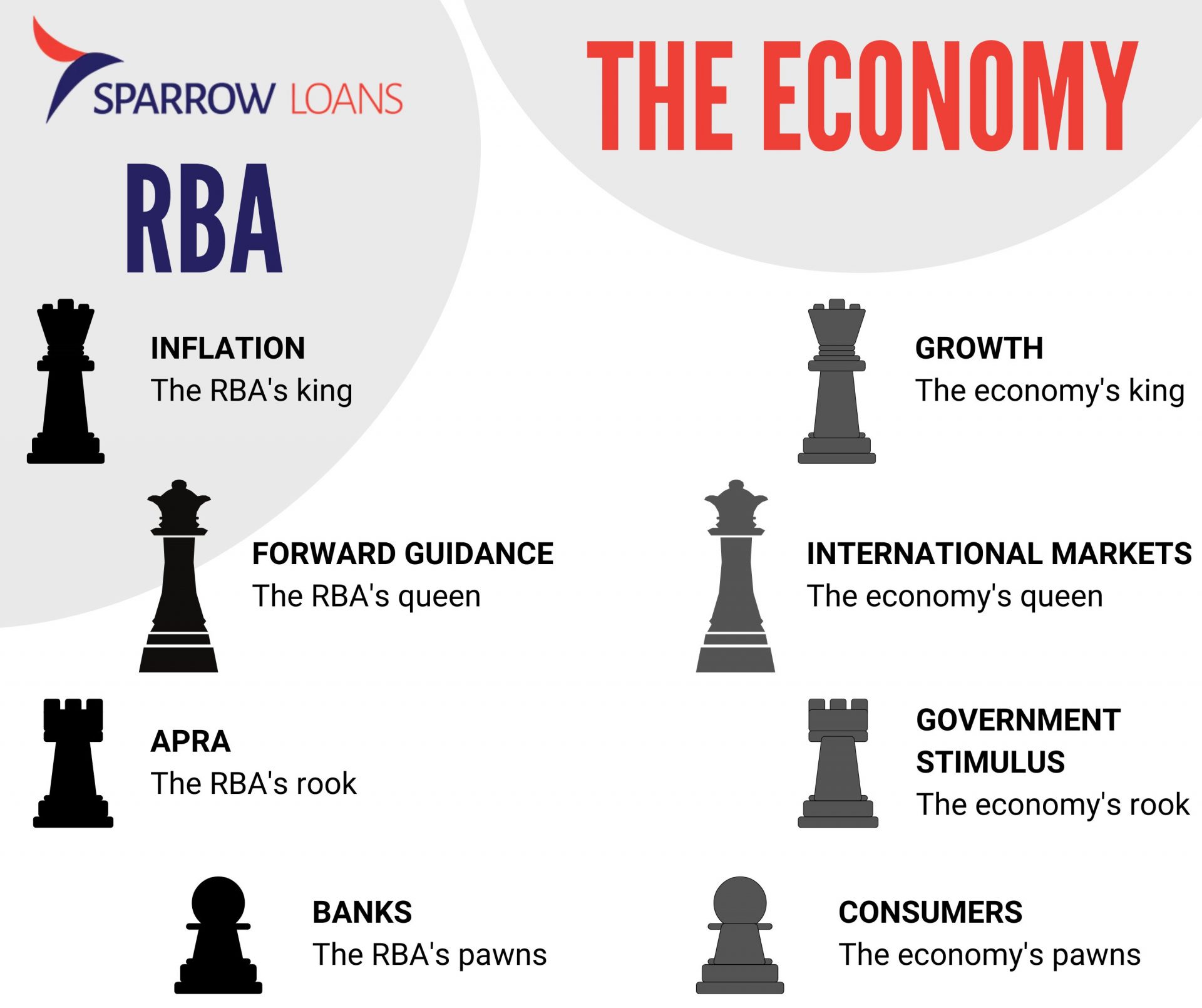 Lowe drummed up strong rhetoric around the RBA’s strict adherence to a 2024 cash rate to shape expectations.

It may help to think of inflation as a cycle. If people anticipate low inflation, they expect more gradual wage rises, which reduces the pressure on business margins and the downstream affordability of goods and services. Thus, the anticipation of low inflation is particularly important following the scale of quantitative easing and government stimulus since 2019.

On the other hand, expectations of rapid inflation trigger greater wage growth demand, pushing business prices up and accelerating the price of goods and services – leading to high inflation. The same applies to businesses when negotiating contracts for goods and services in B2B contracts as with wages in employment contracts. The RBA was moving pieces with a steady and decisive hand urging everyone to play along.

Once the RBA made its initial policy move, it set a sequence of moves from other market actors in motion. There is a constant battle between growth and inflation, locked in an endless quest for equilibrium.

Banks, investors, and households bought into Lowe’s narrative because it was a good news story. Even renowned economists such as Bill Evans “[believed] that the RBA will keep rates on hold for three years or so” as of February 2021. Businesses made long-term investments expecting to capitalise on cheap debt. Australians locked in fixed-rate mortgages that allowed greater borrowing and higher consumption. The banks saw a strengthening of their property security, giving them inflated balance sheets appealing to investors and access to new borrowers who previously could not afford a loan. Australia’s foreign investment increased significantly as overseas investors exploited the arbitrage of the flailing Australian Dollar and low-interest rates.

Lowe promised a thick layer of insulation (now called “insurance”) for the economy without addressing how or why.

Somehow, we collectively decided to worry about it in 2024 without openly saying it.

In the meantime, the RBA was keeping to its mandate: Australia was locked in for stable inflation for the moment.

The RBA’s interest in wage growth is apparent in the context of inflation.

Any disruptions to these contracts accelerate inflation. When the RBA announced Australia reached record inflation of 5.1% over the year to the March quarter, trade unions and workers acted decisively to push for wage increases. Inflation is now tipped to crest at 7% this year.

And yet Lowe steadfastly advocates for a modest increase of 3.5%. A wage increase matched to inflation numbers would only push inflation further up. After all, Lowe has a path out of recession, but it means real wage cuts for workers. After all, wage growth is a key driver of inflation and could send the economy onto an entirely different path.

Even the government is heeding the RBA’s warning. Treasurer Jim Chalmers is expected to engage in some belt-tightening with the October budget. He has resisted calls for further stimulus relief.

Here lies the subtlety of its art. The RBA’s promise of low rates brings everyone’s behaviour in line with a ‘low rates’ environment and curbed the rate of inflation through rhetoric.

APRA was a rook; powerful but bending to the RBA 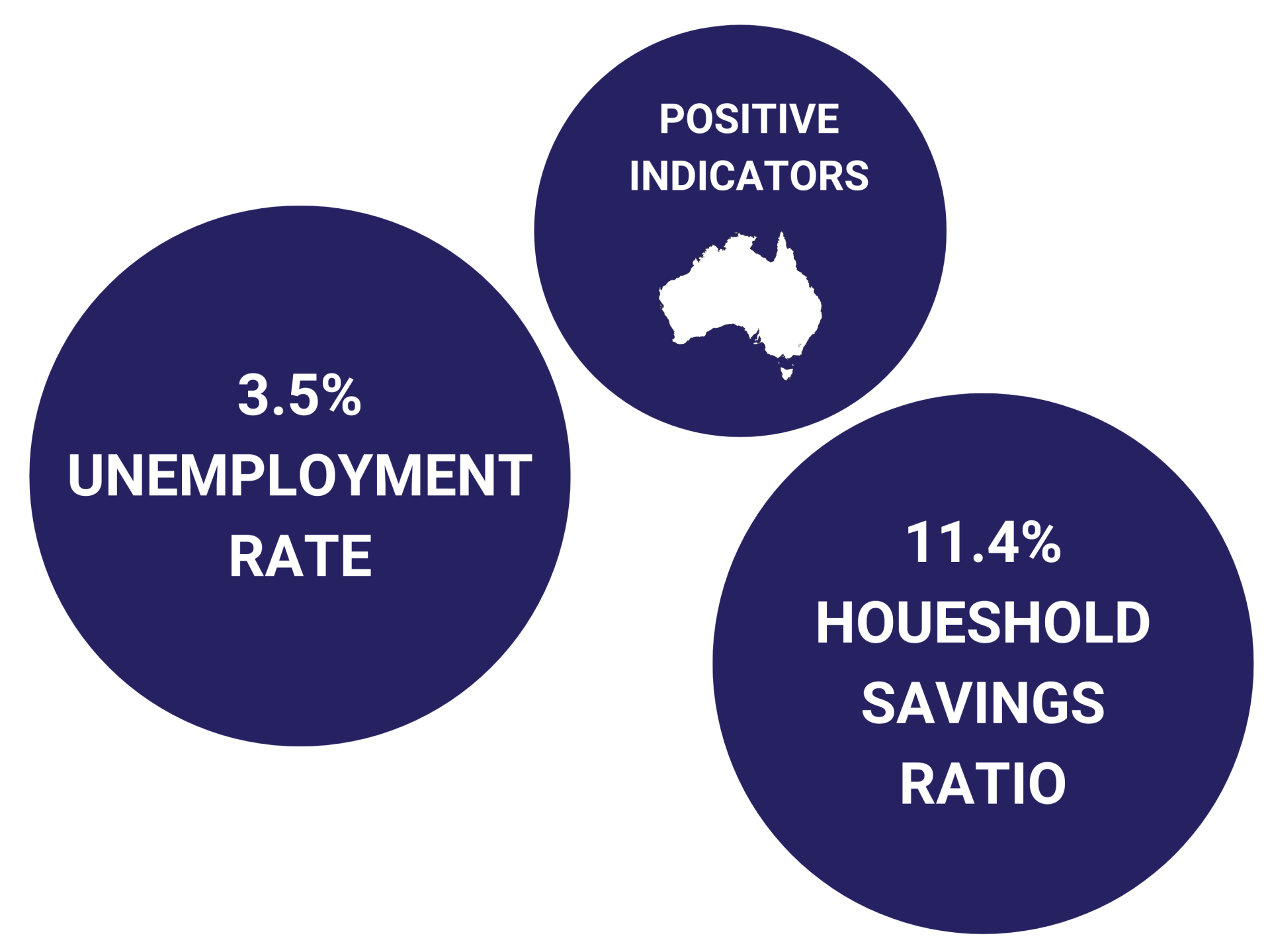 With the promise of low rates for years to come, and banks acting as pawns carrying out the RBA’s strategy, APRA loosened its serviceability rate requirement for banks. It, too, was fooled by the RBA, who had seemingly committed the nation to years of stable and cheap debt. In turn, borrowers have record levels of household debt which will continue to squeeze as rates go up. This increases the risk of mortgage stress and places banks with limited cash buffers in a difficult situation.

But the RBA had already considered this.

It remained comfortable with slipping affordability for two reasons:

Industries that were heavily affected by the lockdowns of Covid were forced to rely on domestic applicants without a migrant workforce using the JobKeeper stimulus. Australia lost an estimated 500,000 workers to border closures and filled these vacancies internally. In turn, the RBA predicted that people would be able to absorb rising costs relatively well. Furthermore, with inflated levels of household savings due to lockdowns and a high level of owner-occupied properties with mortgages, the RBA knew people would do what they could to keep their homes.

Its lie was less likely to hurt people and trigger a public backlash but retained its sharp edge in controlling inflation.

Except this logic was rushed and left important pieces on the board vulnerable.

Australia’s asset markets can attest to this. As American inflation gripped the country, our asset market responded proportionally. We all slide together in a globalised world.

The RBA was put under a check of its own making. But it was not bound to stay there – it was not quite under checkmate. It had the ability to deviate from its chosen rate path and an incentive to do so. When supply chains backed up, and energy became expensive, it decided it was time to pull back the veil and hit the economy with rate rises.

This significant monetary tightening risks putting Australia into a recession. According to former Treasury economist Warren Hogan, there is a 50% chance of this happening next year. Coupled with slower growth and enormous budget deficits accruing greater interest with each rate rise, growth (our metaphorical king) is becoming an increasingly vulnerable target. The RBA seems to be killing the king in this game of chess, hoping the economy will fight to bring the board back to equilibrium. All the while, this is unfolding under the shadow of the ATO as it looms over the economy as its largest creditor. Perhaps the RBA expects too much from this gambit.

Lauded and leaned on in the past, the RBA has decades of reputational goodwill. It is our hope that rates, now sitting at 1.35% but expected to rise beyond 2.5%, keep the economy steered on the right path.

Lowe was always focused on battling inflation, so we hope this gambit against the economy pays off, just like a checked king will try to escape its fate.

Here is the core of his lie.

It all depended on conditions.

The RBA lied and chose an option that could be misconstrued as “the safe” thing to do. We can only hope that the RBA hasn’t cleared all its pieces from the board. It must stop killing the king by striking an effective balance between growth and inflation. Whether his insurance gambit ends in glam or sham is yet to be seen.

This review may be another gambit to buffer scrutiny of Lowe’s decision. I think we already know the outcome of the review – Lowe did the best he could, right?! 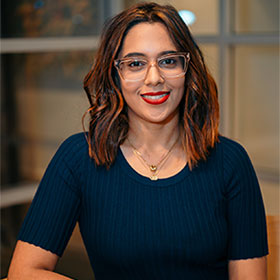 Ulrika Lobo is the lending specialist at Sparrow Loans and has over ten years of experience in the commercial business loan space. Ulrika co-founded Sparrow Loans to provide Australian SMEs with a faster and easier way to access finance. Ulrika is responsible for managing the lending process from underwriting to execution and settlement and post-settlement support.

Back to Information Hub

You could be receiving 7.5% per annum in our secured investment fund today!

Request a copy of our Information Memorandum to find out more